What’s your take on Celine?” This was the conversational juice that fuelled the front row in the closing moments of the spring/summer 2019 collections. Paris Fashion Week hasn’t been this whipped up since the Ritz closed for refurbishment in 2012 – or maybe since Hedi Slimane, author of this fresh controversy, dropped the Yves from Saint Laurent. Hell hath no fury like a woman overlooked – and many took Slimane’s line-up of young, pencil-thin, predominantly white models as a personal burn.

Those women soothed their outrage with some retail therapy. Philophiles descended on the Céline store like a plague of locusts, buying up every last reserve of Phoebe Philo and her team’s final collection (some, allegedly, in pursuit of a Vestiaire Collective windfall). They’d have taken the accent aigu from the sign above the door if they could have, not to mention all that divine marble flooring that will inevitably go when the stores are redesigned.

The show, reviewed for Vogue by Anders Christian Madsen, injected some drama into a month that has largely been devoid of an overarching theme for fashion’s rune readers to analyse. It made show-goers question whether they were irrelevant in the face of advancing millennial and Gen Z shoppers – for this is whom it is supposed Slimane (and numerous other brands who splashed logos all over their wares) is targeting. It put questions of casting centre stage: let’s not forget Milan’s march of the Nineties supers, now in their forties and fifties and looking better than ever; nor the emergence of Adut Akech, the sassy Sudanese-Australian teenager making a bid for single-moniker status. It made us question what an intelligent, 21st century woman searching subtlety might wear in 2019.

In amongst all this soul-searching (Brett Kavanaugh will never know how many furious show reviews he influenced) was a series of stand-out trends. Lightness of touch and neatness of finish prevailed at myriad houses. The takeaways: the Eighties is still going strong; the colour of the season is beige; we’re dreaming of California shores; can I really pull off cycling shorts with a blazer? Here’s Vogue’s edit of the biggest spring/summer 2019 trends. 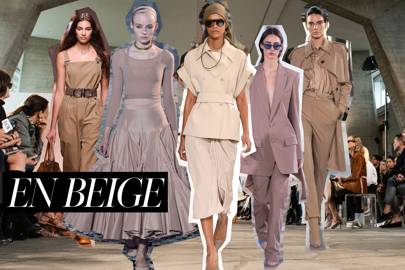 Christen it with a fancy name – “contemporary oatmeal”, “stony ground” – if you desire, but the catwalks were clear on the colour of the season: be more beige. Riccardo Tisci redrew Burberry in 50 shades of classic-trench-coat colour, and the neutral snuck into collections as diverse as Max Mara (where it was to be expected) and Balmain (where, perhaps, it was not). Head-to-toe is how the internationally sleek will be wearing it come spring. 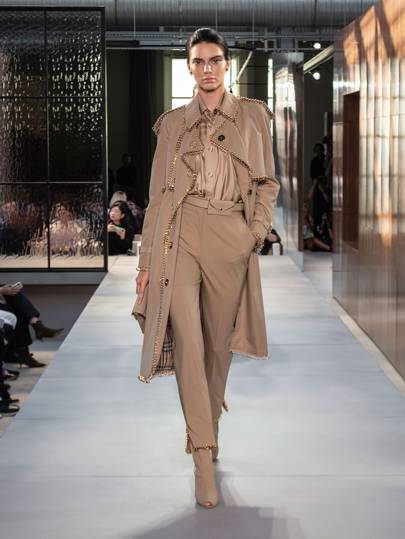 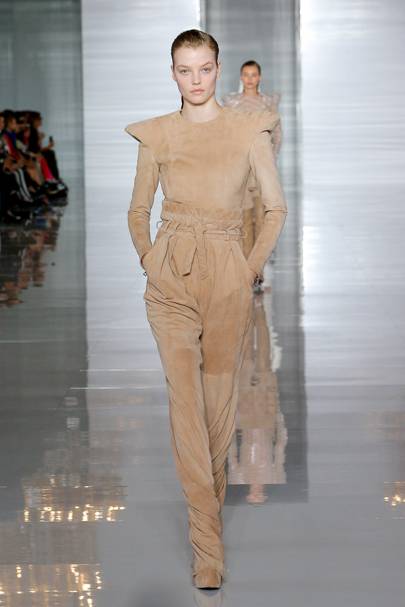 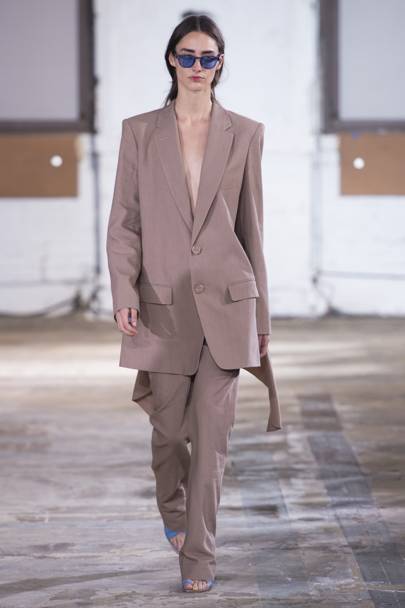 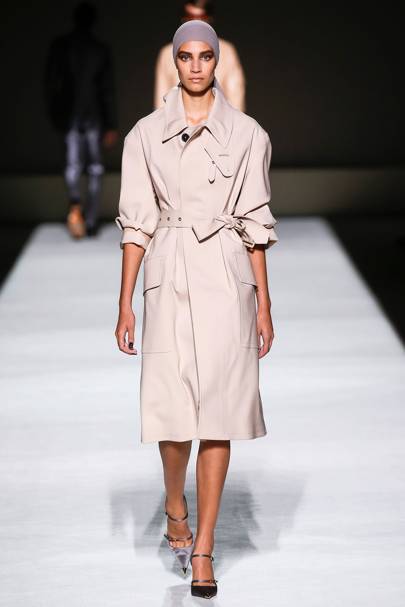 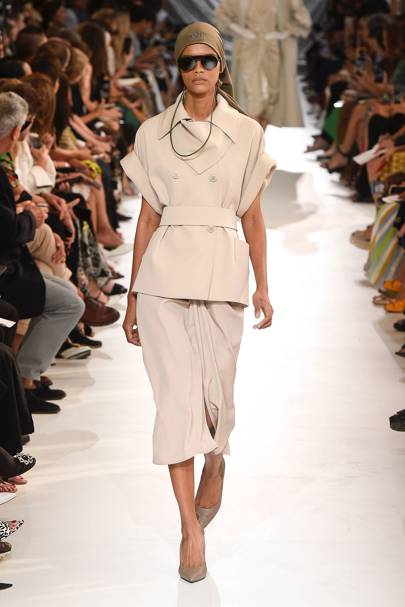 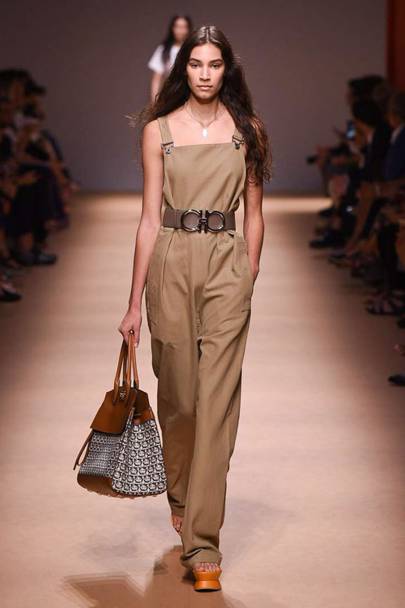 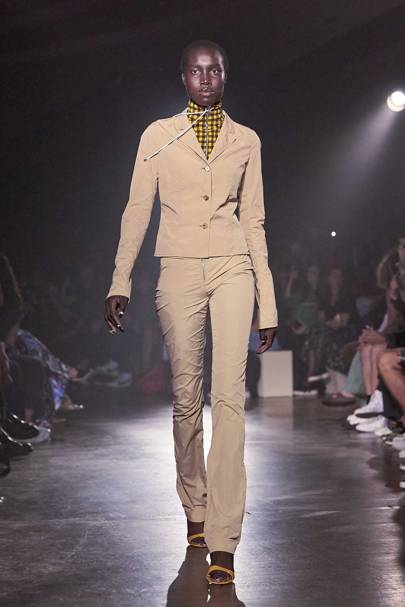 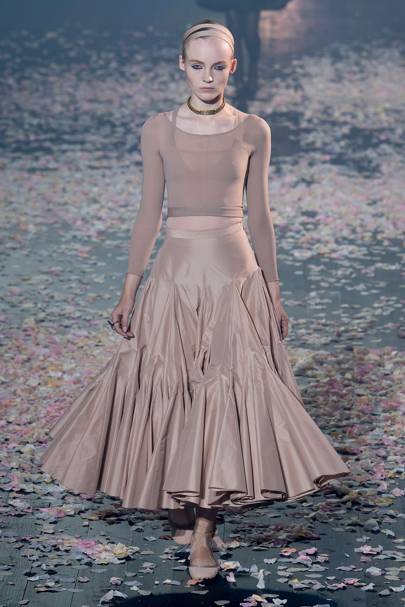 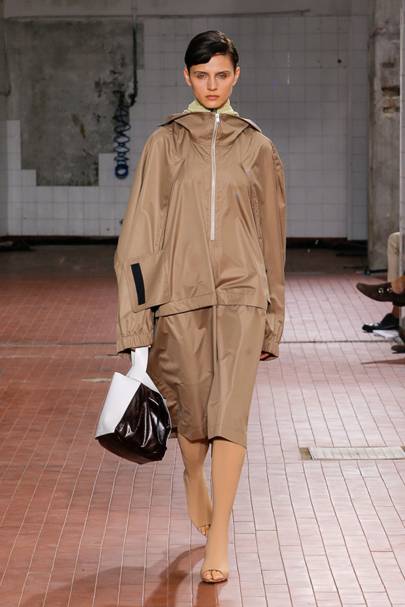 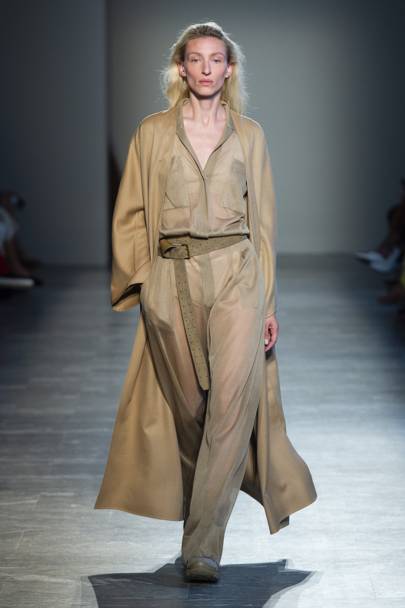 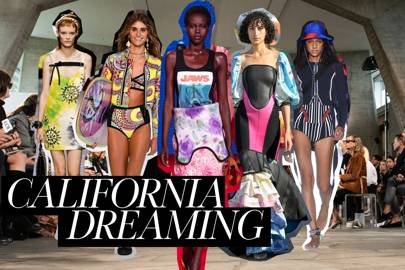 California on your mind? Must be all that zesty tie dye and those endless wetsuits that slunk down the SS19 runways. Raf Simons kicked things off with Calvin Klein’s homage to Jaws (“one good bite deserves another”, as the Jaws 2 movie poster dictated), dressing models in fangirl T-shirts with unpeeling wetsuit skirts while Proenza Schouler brought up the rear with some polished takes on tied-and-dyed. The Italians caught shark fever in Milan, with surfing-inspired collections at Etro (two real-life surfer girls even walked the catwalk) and Sportmax. Meanwhile in Paris, Marine Serre worked her usual magic on upcycled neoprene wetsuits and transformed them into statement-making gowns. 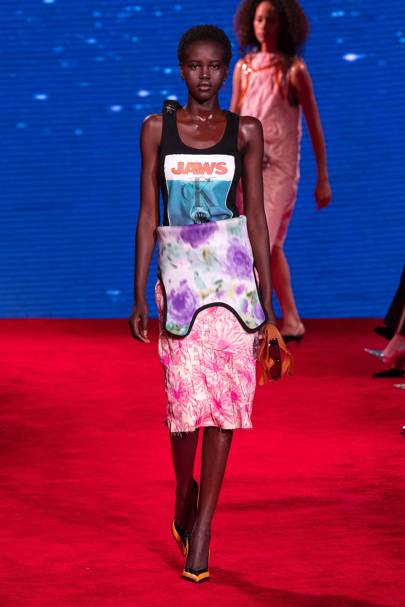 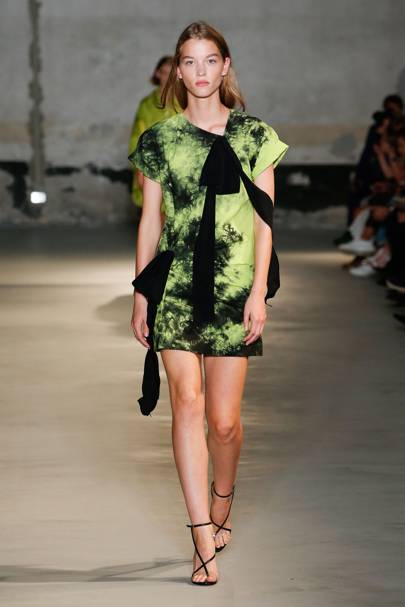 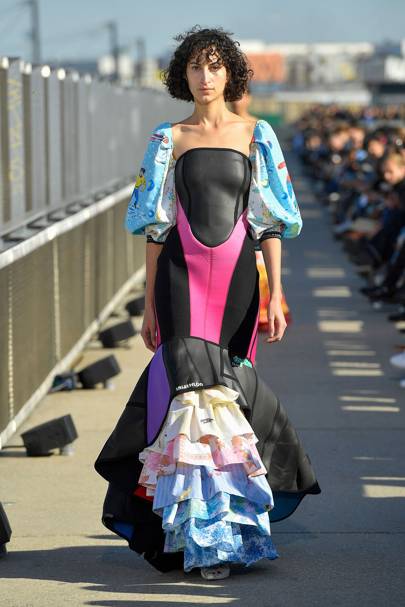 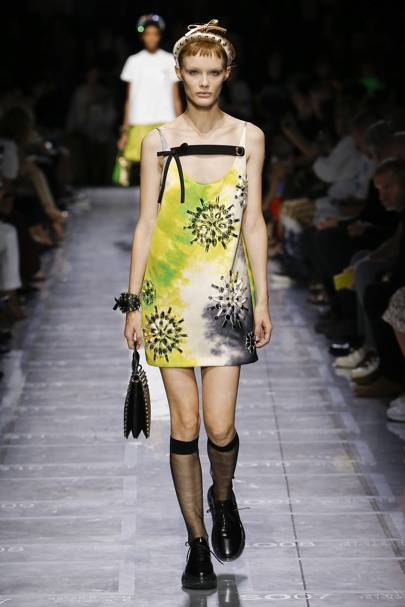 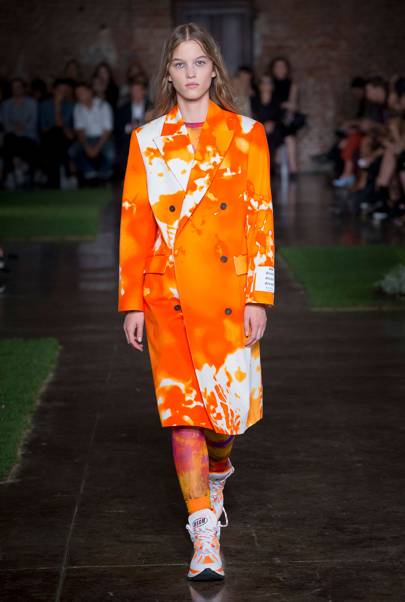 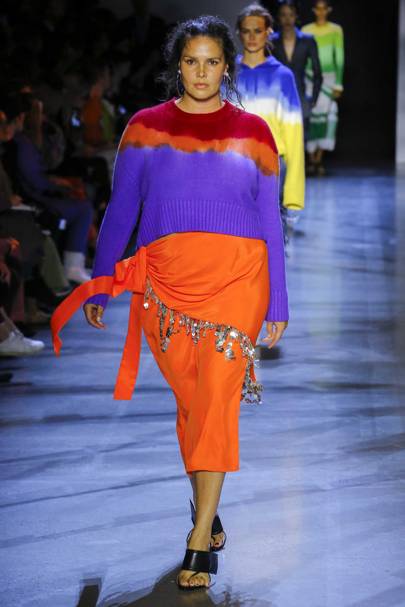 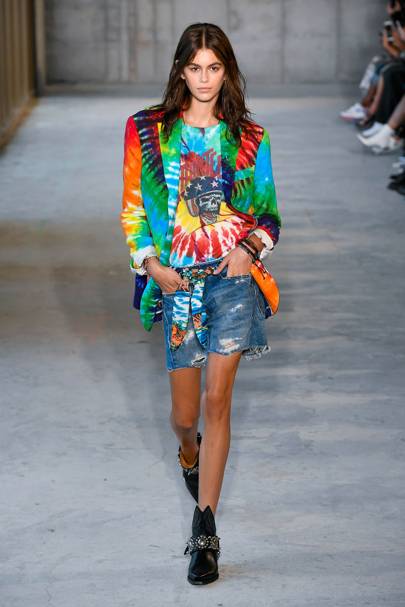 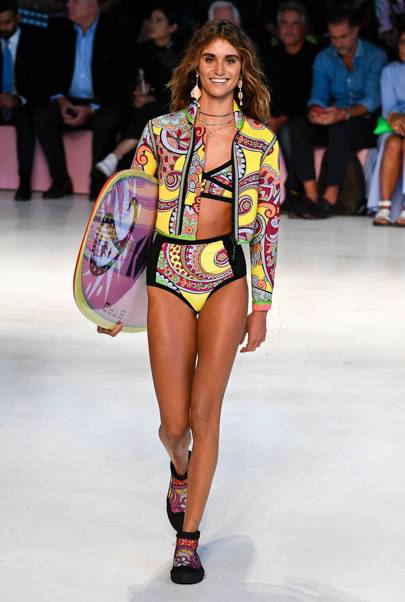 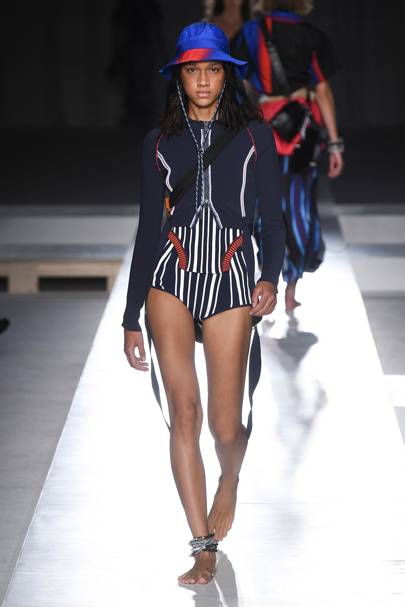 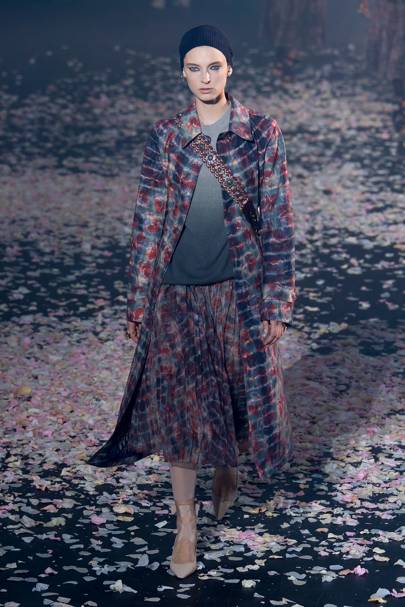 When Zendaya was told that the second chapter in her collaboration with Tommy Hilfiger would be staged in New York ……Read On.

Close your eyes and think of any megawatt musical legend from the past century and you’ll likely be able to ……Read On.