Satellites scanning the oceans are a valuable new tool to protect sharks, according to scientists.

A review of the evidence suggests endangered sharks can be protected from threats such as illegal fishing, using the technology.

Whales, turtles and birds are already being monitored from space, raising hopes that the technique can be applied in the conservation of other species.

Many sharks are on the brink of extinction.

Populations of sharks, rays and skates (elasmobranchs) have declined dramatically over the past 50 years.

“New technologies such as this are going to be really important to the conservation of sharks,” said Michael Williamson of the Zoological Society London (ZSL) and King’s College, London.

Over-fishing is one of the biggest causes of the decline in sharks, through accidental or illegal targeting. 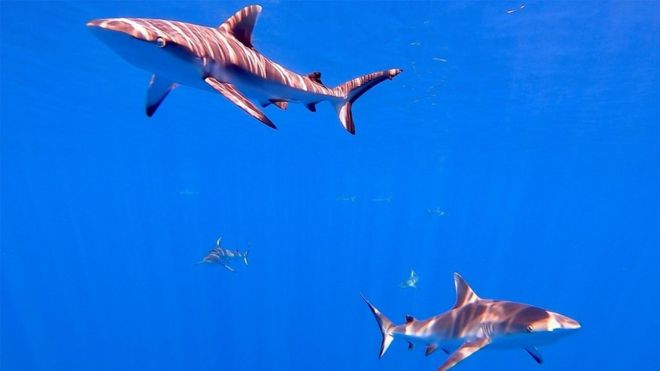 Predictive models based on big data analysis will be the future in marine conservation, said Maria Jose Cornax of the ocean conservation charity, Oceana, which was not involved in the study.

“The current situation where illegal fishing is addressed on a case-by-case basis may be unaffordable for both governments and the marine environment,” she said.

“Technology, transparency and big data analysis could be the solution, helping us in preventing the damage before it happens.”

Why monitor sharks from space?

Satellites criss-crossing the globe can analyse factors such as ocean temperature and salinity, which affect the movement of sharks across the world’s oceans.

Mining such data will allow sharks to be better protected.

For example, patrol boats could be directed to areas where sharks might be at risk of illegal fishing.

Satellite imagery is also being used in conservation to detect population size – for example with whales and penguins. 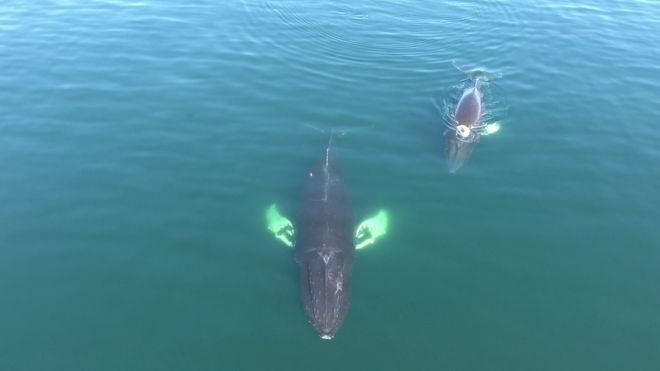 “There’s no reason we can’t foresee this being moved on to elasmobranchs, especially particularly large ones, which might spend time at the surface, such as whale sharks or basking sharks or even manta rays,” said Michael Williamson.

How does this information help in conservation?

Data from satellites combined with other information from electronic tagging of sharks may be used in the future to police illegal fishing. 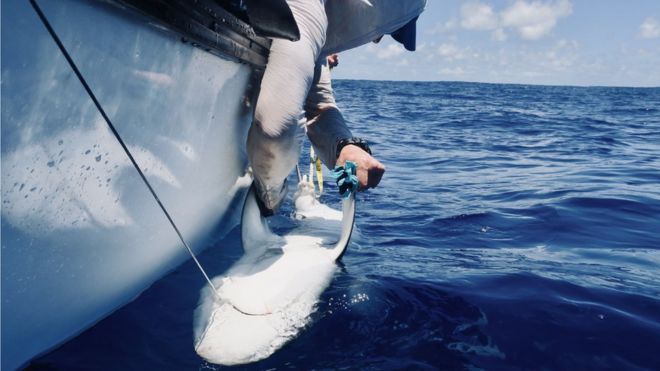 Tags on sharks can track their movements. DAVID CURNICK, ZSL

One study tracked grey reef and silvertip sharks in a protected area of the British Indian Ocean Territory, to see how they move around the oceans.

Such tags could be used in the future to monitor sharks in real time from space, allowing detection of illegal fishing.

Why do we need sharks?

Sharks are at the top of the food chain, which makes them crucial to the health of the oceans.

Fishing – both targeted and accidental – is to blame for the steep decline in many populations, together with habitat loss due to coastal development, degradation of mangrove forests, water pollution and trawling.

Biology and Physics Might Combine to Increase Greenhouse Effect

The world’s oceans soak up about a quarter of the carbon dioxide that humans pump into the air each year ……Read On.

A spacecraft has changed its orbit using only the power of the sun for the first time, a space exploration ……Read On.

India’s historic attempt to soft land a rover on the moon may have ended in failure moments before landing and ……Read On.