On Friday, the top men’s and women’s players will gather in Los Angeles for the College Basketball Awards Presented by Wendy’s, which will air live at 8 p.m. ET on ESPN2. During the event, the winners of the Wooden Award (men’s and women’s), along with a variety of prestigious honors, will be named.

We’re here to offer our two cents on who will win — and who should win the various awards during the show.

Who will win? No player in the country did more to keep his team afloat in the national title race than Michigan State’s Cassius Winston, who helped the short-handed Spartans win a slice of the Big Ten championship. He averaged 18.8 PPG and 7.5 APG while making 40 percent of his 3-point attempts in a fabulous season.

Who should win? Ja Morant (24.5 PPG, 10.0 APG, 5.7 RPG, 1.8 SPG) produced the nation’s most impressive stat line. Anyone who wondered how Morant might have fared in a tougher league got the answer when he recorded a triple-double against Marquette in the opening round of the NCAA tournament (17 points, 16 assists, 11 rebounds).

Who will win? Rui Hachimura (19.7 PPG, 6.5 RPG, 59 percent from the field) was the catalyst for Gonzaga, which boasted the most efficient offense in America throughout the 2018-19 season and one of the premier players in the country. The 6-foot-8 Japanese star scored 20 points or more in 21 contests this season. 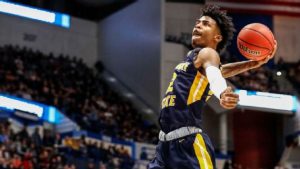 Ja Morant led Murray State to the second round of the NCAA tournament and averaged nearly 25 PPG during the regular season. David Butler II/USA TODAY Sports

Who should win? De’Andre Hunter (15.2 PPG, 5.1 RPG, 43.8 percent from beyond the arc) was the best player on the floor during Monday’s national title game in Minneapolis, proving his value to the best and most balanced team in the country. Plus, he was the primary defender on Jarrett Culver, who missed his first eight shots and finished 5-for-22.

Who will win? This is a terrific group of finalists, and it’s filled with candidates who’ve generated the numbers and made the collective impact to win this honor. But they’re all facing Zion Williamson, the Duke superstar who will leave Los Angeles with a lot of hardware, including this award.

Who will win? RJ Barrett led the Duke Blue Devils all season, and he was the most consistent force on a roster that played multiple games without Tre Jones, Cam Reddish and Williamson. Barrett played in all 38 games and averaged 22.6 PPG, 7.6 RPG and 4.3 APG for the Blue Devils.

Who should win? Carsen Edwards, a hero for Purdue in the NCAA tournament, has a real shot against Barrett, USA Today’s national player of the year, and we won’t be surprised if he wins it. But Barrett gets the edge because he was a multidimensional player throughout the season.

Who will win? Wisconsin’s Ethan Happ entered the NBA draft last season but withdrew prior to the deadline for players to retain eligibility after execs at the next level told him he had to become a more versatile player to excel in the pros. Happ, who averaged 4.5 APG, was the best passing big man in America this season.

Who should win? You’d have a hard time finding a big man who has had a more dominant season, on paper, than Happ. He averaged 17.3 PPG, 10.1 RPG, 4.5 APG and 1.3 BPG, a ridiculous output that would have attracted more attention had Wisconsin had a better season. 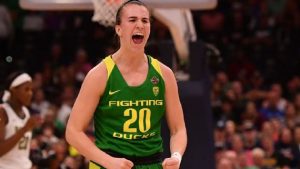 Sabrina Ionescu led the Ducks to the Final Four for the first time in school history. Jasen Vinlove/USA TODAY Sports

Who will win? This week, Oregon fans celebrated when Sabrina Ionescu announced her plans to return to school instead of entering the WNBA draft, where she might have been the No. 1 pick. In her announcement, via The Players’ Tribune, she said she had “unfinished business” after leading the Ducks to the Final Four for the first time in school history.

Who should win? Even in this strong field, this feels like Ionescu’s award. The Oregon star averaged 19.5 PPG, 8.1 APG and 7.2 APG for a team that reached the national semifinals, where it lost to Baylor, the eventual national champion. 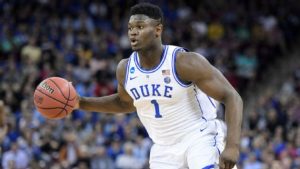 Who will win? If Williamson somehow loses this award, it will be the biggest snub since “Goodfellas” lost Best Picture to “Dances with Wolves” at the 1991 Academy Awards. But no worries because voters won’t make that mistake, and Williamson will win.

Who should win? Do you know how difficult it is to face more hype than any collegiate player in the history of college basketball and actually live up to it? Well, Williamson did, and that’s why he was the most captivating player we’ve ever seen at this level — and is the presumed 2018-19 Wooden Award winner.

Lonzo Ball is taking control of his NBA future. The Lakers guard told the L.A. Times on Thursday he will ……Read On.

Andrew Wiggins hit the biggest game ever for his eight year career with 26 points and 13 rebounds, and the ……Read On.

LeBron James referenced the film “The 6th Man” to explain his unintended tribute to Los Angeles Lakers great Kobe Bryant, who ……Read On.