Amid the coronavirus outbreak that sent stocks to the fastest correction since the Great Depression, political uncertainty remains a potential negative catalyst for markets, according to Morgan Stanley.

As many as 78% of 645 investors surveyed by Morgan Stanley from October 8-22 expect equities to decline in the first three months if a Democrat is elected president in November, according to a Monday note. Only 10% of investors say that they expect stocks to remain unchanged if a Democrat wins the White House, while 12% expect markets to rally. 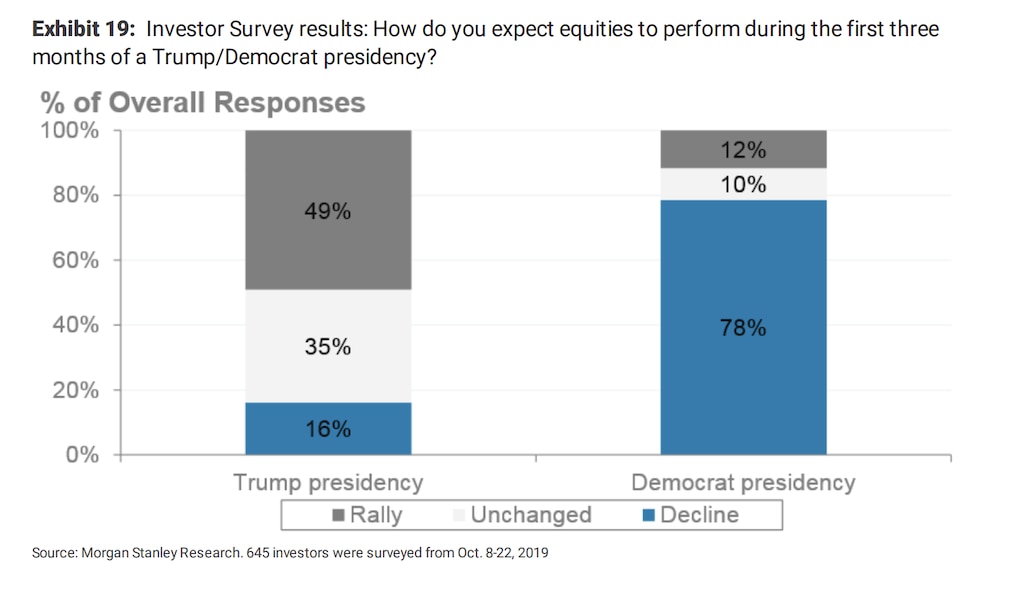 “The closer we move to November, the more we expect market participants to discount potential changes to tax and regulatory regimes that may come as a result of the US elections,” Morgan Stanley equity strategist Michael Wilson wrote in a Monday note.

“At a minimum, we think the uncertainty associated with the election will act as a limiting factor on US business investment and the ability of the market multiples to expand, even in the absence of virus related concerns,” Wilson said.

French stocks fell sharply on Thursday amid concerns that the Phase 1 trade deal between the U.S. and China may ……Read On.

Indian shares were modestly lower on Friday after oil prices surged more than 2 percent overnight and China said it ……Read On.

Profits at Tesco have jumped 28% in what the UK’s biggest supermarket chain described as an “uncertain” market. Chief executive ……Read On.