Nearly 10,000 fines for breaches of “petty” council orders were issued in England and Wales in 2018, with a quarter of those in Peterborough alone.

Campaign group the Manifesto Club has called for the Public Spaces Protection Orders (PSPO) to be scrapped.

Councils can bring in PSPOs to ban activities such as begging, nuisance drinking and even unauthorised cycling.

The Local Government Association said PSPOs were one way to “tackle anti-social behaviour”.

Hillingdon councillor David Simmonds “makes no apology” for the fines

People who do not comply with the orders can be required to pay a £100 fixed penalty.

Rosie Brighouse, a lawyer for human rights charity Liberty, said she was concerned some wardens were “acting with incentives to issue as many fines as possible”.

Peterborough, which uses the private firm Kingdom Services Group to collect fines, issued 1,533 for “unauthorised cycling” in 2018, 861 for spitting, and 13 for “failure to disperse”.

A Peterborough City Council spokesman said: “The reason Peterborough has more fines is because the PSPO areas cover a larger number of offences, including cycling, littering and spitting.” 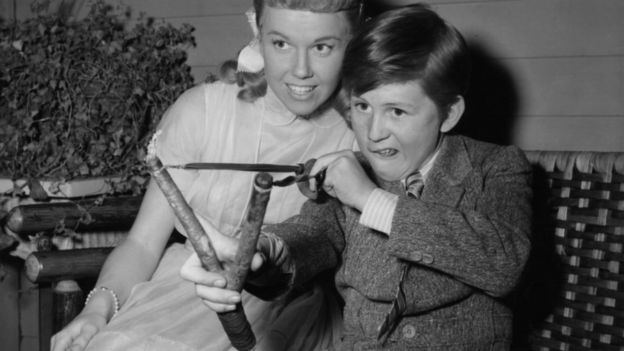 Slough has banned possession of a slingshot or catapult. Getty Images

The Manifesto Club, which uncovered the figures through a Freedom of Information Request, criticised the 420% increase in fines since 2016, when there were only 1,906 issued in England and Wales.

An LGA spokesman said: “PSPOs are one of a number of ways councils can tackle anti-social behaviour problem.

“PSPOs will not be suitable or effective in all circumstances, and councils will consider other approaches which may better resolve the anti-social behaviour identified.”

A Home Office spokesman added: “We are clear PSPOs should be used proportionately to tackle anti-social behaviour.”

The use of heat pumps could help the UK meet its climate targets. The UK government has announced that it will offer ……Read On.

‘I Was Raped – But Offenders Need Help to Rejoin Society’

Rachel says she supports the work of Circles, even though she is a rape victim Rachel was only a teenager ……Read On.

The government has set up a £200m fund to replace unsafe Grenfell Tower-style cladding on around 170 private high-rise residential ……Read On.