Just In
The Food and Drug Administration has deleted the tweets by former Commissioner Scott Gottlieb, an unusual move that quickly sparked criticism that the agency may have broken federal record-keeping policy by not preserving social media accounts used by federal officials.

The FDA changed Gottlieb’s official twitter handle @SGottliebFDA to @SteveFDA. Stephen Hahn succeeded Gottlieb as commissioner and took over the account, along with communicating to its more than 45,000 followers. All the tweets before Hahn’s first day on Dec. 17 were deleted from the platform.

Another account @FDACommissioner appears to contain the agency’s tweets from Gottlieb’s interim replacement from April 5 when he left to Dec. 17. 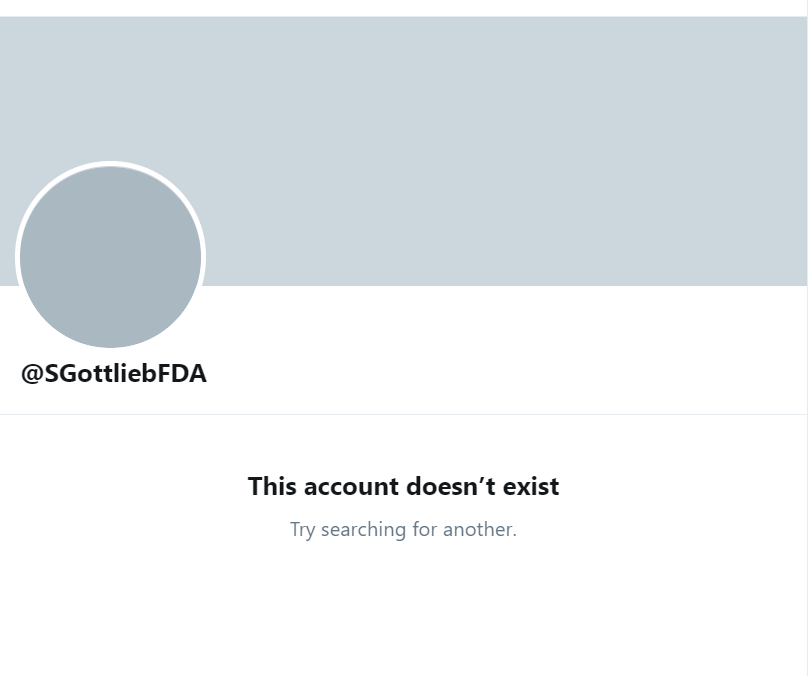 The FDA made Gottlieb’s tweets available for download as an HTML file on its website after several reporters noticed the deleted tweets earlier this week and tweeted their outrage. But the archived tweets that include the former official’s statements on the vaping epidemic, opioid addiction, prescription drug prices and more, now lack any of the engagement, including responses and comments from Twitter users.

Some Twitter users said the downloadable file falls short of the government’s standards on preserving federal records. Such records are defined as any material that is recorded, made or received in the course of federal business. Social media content meets that definition, according to the U.S. government.

In a statement, the FDA said deleting Gottlieb’s tweets was a “logistical decision made at the staff level that is in compliance with all applicable law.”

“We are grateful to Dr. Gottlieb for increasing FDA visibility through Twitter and we will continue to use social media as a key vehicle to communicate public health information,” the agency said in a statement emailed to CNBC on Thursday.

Gottlieb, who as commissioner was credited for his use of social media to engage the public on health policy, told CNBC that he was taken by surprise when learning the account was being deleted. Gottlieb, who is a CNBC contributor, said he was on a flight Thursday when he was informed that Hahn would be taking over the account. When he checked the account midflight, it was locked.

By the time he landed, his tweets were gone and the FDA swapped his old handle for Hahn’s new one.

“Many federal accounts have been archived, none that I’m aware of that have been deleted,” he said. “The Federal Records Act governs these accounts. They are federal records.”

The Food and Drug Administration is banning most fruit- and mint-flavored nicotine vaping products in an effort to curb a ……Read On.

Televangelist Jim Bakker and wife, Lori, attend the ceremony honoring BeBe Winans and CeCe Winans with a star on the ……Read On.