Lapid, whose party is neck and neck in the polls with Prime Minister Benjamin Netanyahu’s Likud, landed in the French capital on Friday for the meeting. Reporters were not invited to attend the exchange.

Israel’s Channel 2 suggested the meeting was a move initiated by Macron to “help Lapid win the elections” on Tuesday.

Lapid’s staff told the television channel only that the politician would discuss with Macron “the Middle East, the Iranian threat and the war on anti-Semitism in Europe.” 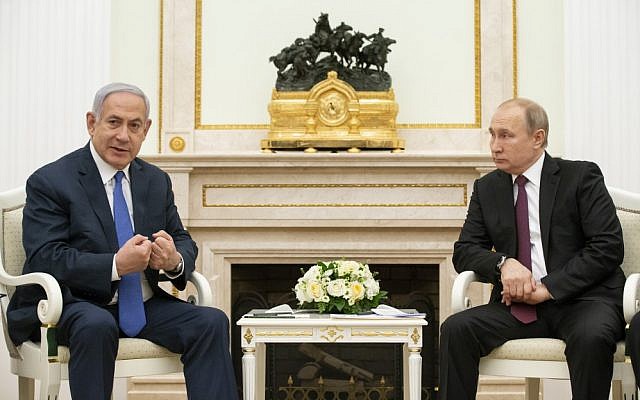 The unusual meeting between a head of state and an opposition politician took place four days before the Knesset elections, a day after Prime Minister Benjamin Netanyahu met with Russian President Vladimir Putin in the Kremlin and less than two weeks after the Israeli leader met with US President Donald Trump at the White House.

Lapid, who has long shown a great interest in diplomacy, leading some to call him a self-styled shadow foreign minister, considers Macron a “friend” and even endorsed him in the 2017 French presidential election.

“Even though it is not my habit to interfere in elections in other countries, I will make an exception this time,” Lapid wrote in a Facebook post in French at the time.

However, last year Lapid posted a picture of himself wearing a yellow vest in solidarity with the wave of anti-Macron protests that has swept France.

Macron has hosted Netanyahu several times, including at a Holocaust commemoration rally, treating the prime minister far more amicably than his predecessors. Macron called Netanyahu by his nickname, Bibi, during a 2017 visit and said he was a “dear friend.”

Netanyahu’s close personal relationship with world leaders has been one of the key components of his Likud party’s campaign strategy. 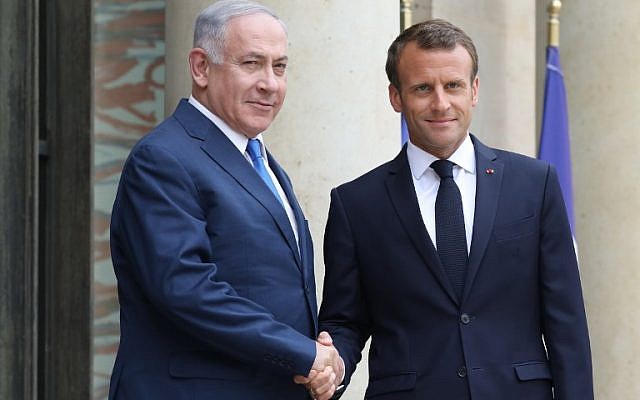 According to a rotation agreement signed between Lapid’s Yesh Atid party and Benny Gantz’s Israel Resilience, Gantz is the prime ministerial candidate for the centrist party for the first two and a half years. Should they win the election, Lapid would become prime minister after that for the remainder of the term, at which point Gantz would become defense minister.

Gantz, a former army chief with no diplomatic or political experiences, is not known to have met any heads of state. But at the sidelines of a trip to Washington to address AIPAC’s annual Policy Conference last month, he met with several senior officials, including US Vice President Mike Pence and Romanian Prime Minister Viorica Dăncilă.

Raphael Ahren contributed to this report.

PM Benjamin Netanyahu likely to secure a fifth term record after almost complete results from the nation’s election suggests a ……Read On.

Mike Pompeo has said the US is softening its position on Israeli settlements in the occupied West Bank – the ……Read On.

We Will Rebuild Notre-Dame, says Macron

French President Emmanuel Macron has vowed to rebuild the medieval cathedral of Notre-Dame after a major fire partially destroyed the ……Read On.