The consortium of banks which owns Debenhams has failed in its bid to sell the struggling department store chain.

Celine, the name adopted by the group of lenders-turned investors, confirmed on Thursday that administrators had declared that bids “were not at the level required to be taken forward”.

It gave no details on the amount of interest Debenhams had gained or whether Sports Direct tycoon Mike Ashley, whose leading 29% stake in the chain was wiped out in its collapse last month, was among the interested parties. 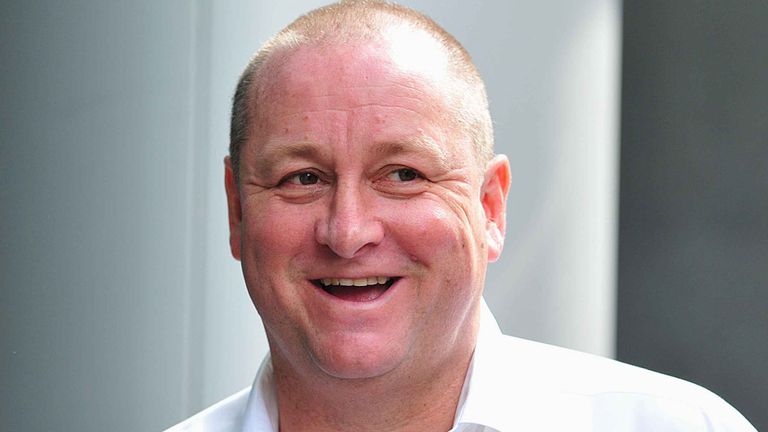 However, a source later confirmed Mr Ashley did not make a bid.

Stefaan Vansteenkiste, Celine’s chief risk officer, said: “The investor consortium is a committed long-term owner, which has provided Debenhams with £200m in fresh funding for the financial restructuring process and to fund the company’s operating turnaround.

“Within the consortium, there is extensive turnaround experience, which we will deploy to support the management’s plan and to position Debenhams for a long-term successful future.”

The first major hurdle for that turnaround will be encountered later on Thursday when creditors vote on a rescue plan later that includes up to 22 store closures early next year and rent cuts across its store estate.

Debenhams needs to secure backing of at least 75% for the cost-cutting plan to win the day and secure its immediate future.

It joined a list of casualties as the high street came under pressure last year from a toxic cocktail of consumer caution and surging costs – from things like higher business rates, minimum wage rules and rent bills.

The collapse of Debenhams saw the departure of its chief executive Sergio Bucher – with chairman Terry Duddy taking over as executive chairman.

He said: “I am pleased that our new owners have confirmed their commitment to Debenhams and remain supportive of our plans to restructure the business.

“We are confident that we will receive support for our CVA proposals, which make sense for all parties, and will give us the platform to deliver a turnaround.”

Google plans to move accounts of its British users to a US jurisdiction, making it easier for sensitive information of ……Read On.

Coronavirus: New Treatment for Critically Ill Patients to Begin Trials as Soon as Next Week

Doctors are to begin giving critically ill COVID-19 patients a new treatment as soon as Monday. The experimental drug, code ……Read On.

Jaguar Land Rover has announced plans to build new electric vehicle models at its Castle Bromwich plant, a decision it ……Read On.