Climate activists have blockaded the London Stock Exchange by gluing themselves across the entrances.

Protesters from Extinction Rebellion attached themselves to walls and to each other at the financial centre in the City of London.

A group also climbed on to a Docklands Light Railway (DLR) train at Canary Wharf and held up banners.

Protesters at both locations were later removed, but police warned of disruption throughout the day. 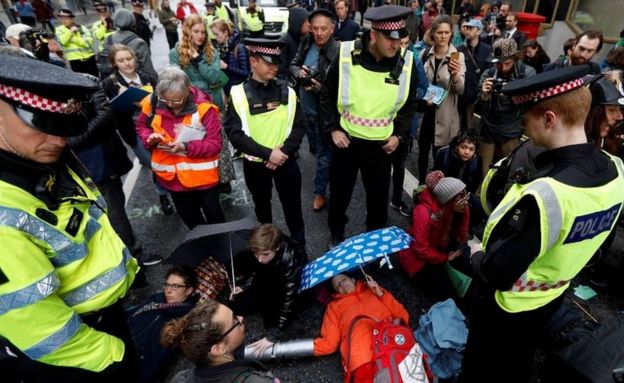 Police said Fleet Street would remain closed for about three hours, after it was blocked by activists. Reuters

Elsewhere in the City, temporary road blocks have been set up by activists at Bank and Southwark Bridge.

Others glued themselves together on Fleet Street outside the Goldman Sachs bank headquarters.

Extinction Rebellion is urging the government to “tell the truth” about the scale of the climate crisis, it wants the UK to reduce carbon emissions to net zero by 2025 and it wants a Citizens’ Assembly to oversee the changes needed to achieve that goal.

More than 1,000 people have been arrested since the protests began on 15 April. 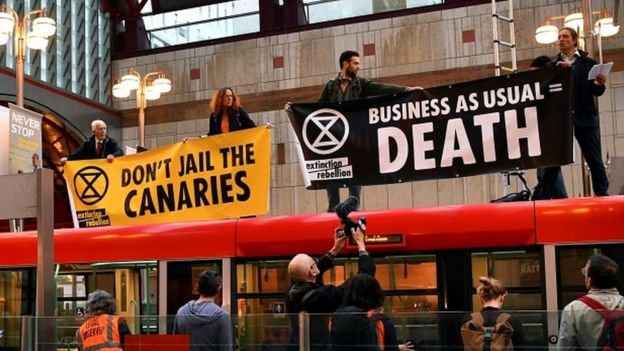 Four people climbed on an DLR train at Canary Wharf 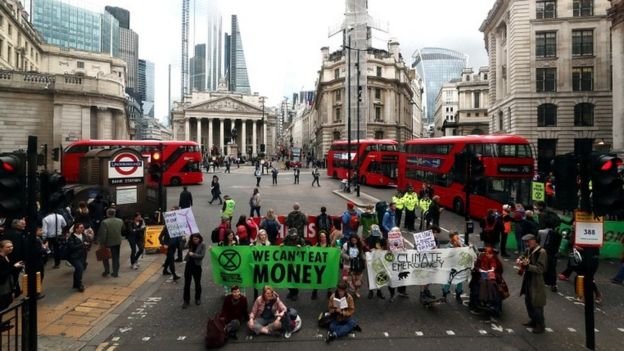 The group had previously said it would end its action later in the day, having previously blocked sites including Parliament Square and Waterloo Bridge.

Disruption is anticipated in the City today due to Extinction Rebellion’s fortnight of action. It’s likely the whole of the City will experience disruption to roads and the transport network.

Extinction Rebellion said protesters would spend the day focusing on the financial industry “and the corrosive impacts of the financial sector on the world we live in”.

One protester, Adam Woodall, said they had targeted the building because “people are making millions, even billions of pounds out of trading ecological destruction”.

The group was removed by police officers and transferred to police vans.

The London Stock Exchange said markets were all open as normal in spite of the action. 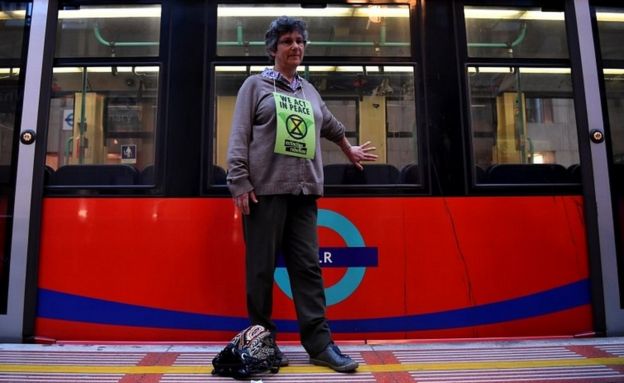 One woman glued herself to a train carriage, Reuters 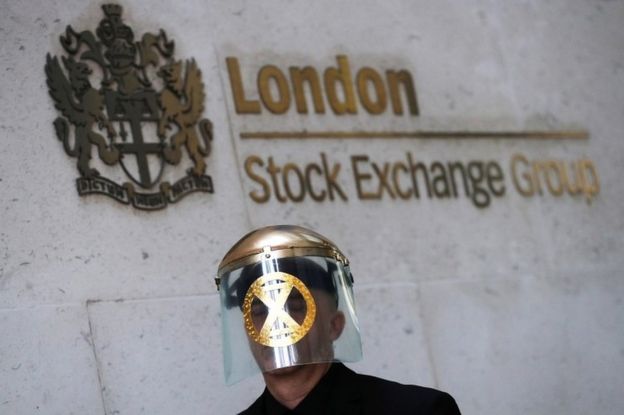 Thirteen activists had been blockading the stock exchange. Reuters

Four people were standing on top of the DLR train holding signs saying “Business as usual = death” and “Don’t jail the canaries”. Another activist glued herself to a carriage.

Services were able to continue on the DLR, but there were minor delays between Bank and Stratford/Lewisham.

Five people had been arrested on suspicion of obstructing the railway, the force said. 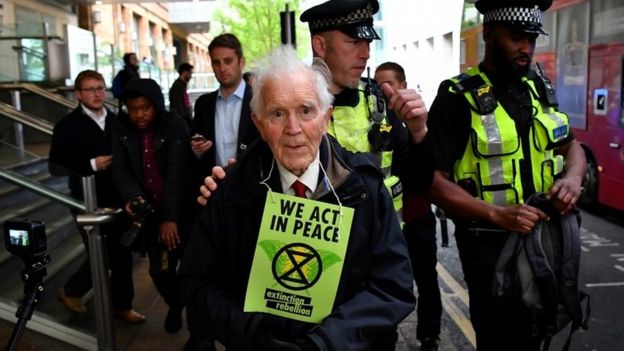 Phil Kingston, 83, was among those taken to custody over the protest at Canary Wharf. Reuters 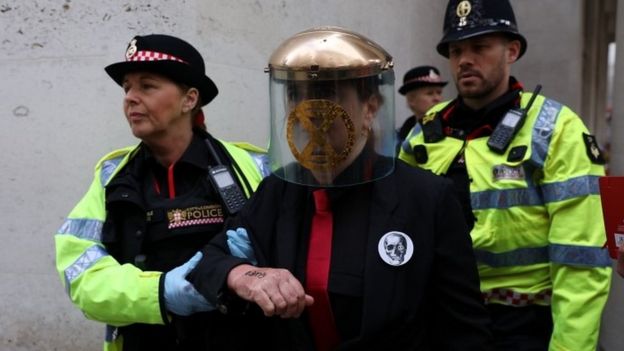 The activists outside the London Stock Exchange were all led away to nearby police vans. PA 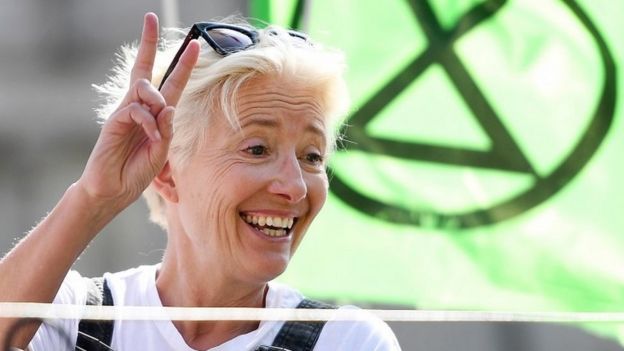 Meanwhile, Dame Emma Thompson, who joined the activists on Saturday, has defended flying from Los Angeles to London to take part.

The actress said it was “very difficult to do my job without occasionally flying” but she was “in the very fortunate position of being able to offset my carbon footprint”.

The Hollywood star said people were going to have to fly less as “the future of this planet is at stake”.

More than 10,000 officers have been deployed during the action.

Mayor of London Sadiq Khan said the protests had been a “huge challenge for our over-stretched and under-resourced Metropolitan Police”.

The group said it would hold a “closing ceremony” at Speakers’ Corner in Hyde Park at 17:00 BST.

Uber will not be granted a new licence to operate in London after repeated safety failures, Transport for London (TfL) ……Read On.

UK shop prices declined in June for the first time since October 2018, monthly data from the British Retail Consortium ……Read On.

The first of the government’s emergency field hospitals to treat coronavirus patients has opened in east London’s ExCel centre. The ……Read On.