At the start of a new year, lots of people will resolve to make a healthy lifestyle change.

Many find resolutions like cutting back on unhealthy snacks or taking part in a weekend fitness class easier when friends and family are making the same changes.

However, not all decisions affecting our health are intentional, as we copy the behaviour of friends, colleagues and family who we relate to and admire.

Unfortunately, we also imitate habits that are bad for our health, like smoking or eating too much.

This phenomenon means non-contagious conditions like heart disease, strokes and cancer can appear to spread from person to person like an infection.

Can your friends make you obese?

People whom we value and are in regular contact with, form our social network.

The Framingham Heart Study has studied the power of social networks since the late 1940s, by tracking three generations of residents in Framingham, a Massachusetts city.

The effect was more pronounced if the two people were of the same gender, and was linked to how strongly the individual felt about the other person.

For example, the Framingham study indicated a person’s weight was not affected by that of a neighbour they saw daily if they didn’t have a close relationship.

In unbalanced friendships, the person who saw the friendship as important was more likely to put on weight if their “friend” did, but not the other way around.

The level of divorce, smoking and alcohol drinking also appeared to spread via friends and family.

These findings are important. Although we are affected by ageing and can be predisposed to certain conditions, our risk of developing the most common non-infectious diseases is significantly increased by certain behaviours:

These non-infectious conditions – including heart disease, stroke, cancer, diabetes and lung disease – cause seven out of every 10 deaths globally and nearly 90% of all deaths in the UK.

Social networks may also affect our behaviour and mood.

Perhaps unsurprisingly, smoking in teenagers may be influenced by popularity. When popular adolescents smoke, overall levels of smoking increase and the number of people who quit falls.

Separately, young people whose friends suffered from low mood were found to be more likely to develop low mood themselves and vice versa.

The idea that emotions are catching is backed up by a controversial experiment secretly conducted on almost 700,000 Facebook users.

The experiment selectively filtered what could be seen on users’ news feeds, which use an algorithm to show relevant posts from their Facebook friends.

Users who encountered positive posts were more likely to post positively themselves, and vice versa. This suggests emotions may spread through online social networks, despite a lack of face-to-face interaction or body language cues.

One criticism levelled at studies of our social networks is that we become friends with people who already have similar traits to us or are in a similar situation. But many studies try to account for this theory, known as social contagion.

If we copy the behaviour of friends and family, how can we harness this trait for good?

Dry January and Veganuary – which encourage people to give up alcohol or go vegan – are high-profile examples of collective attempts to become healthier.

Stoptober, which encourages people in England to stop smoking in October, is another well-known example of a group lifestyle change.

The initiative, based on the spread of behaviour through social networks, has been hugely successful since it began in 2012.

It is thought to have prompted more than a million attempts to quit, suggesting a single big collective push may boost rates of people stopping more than constant low level messaging throughout the year. 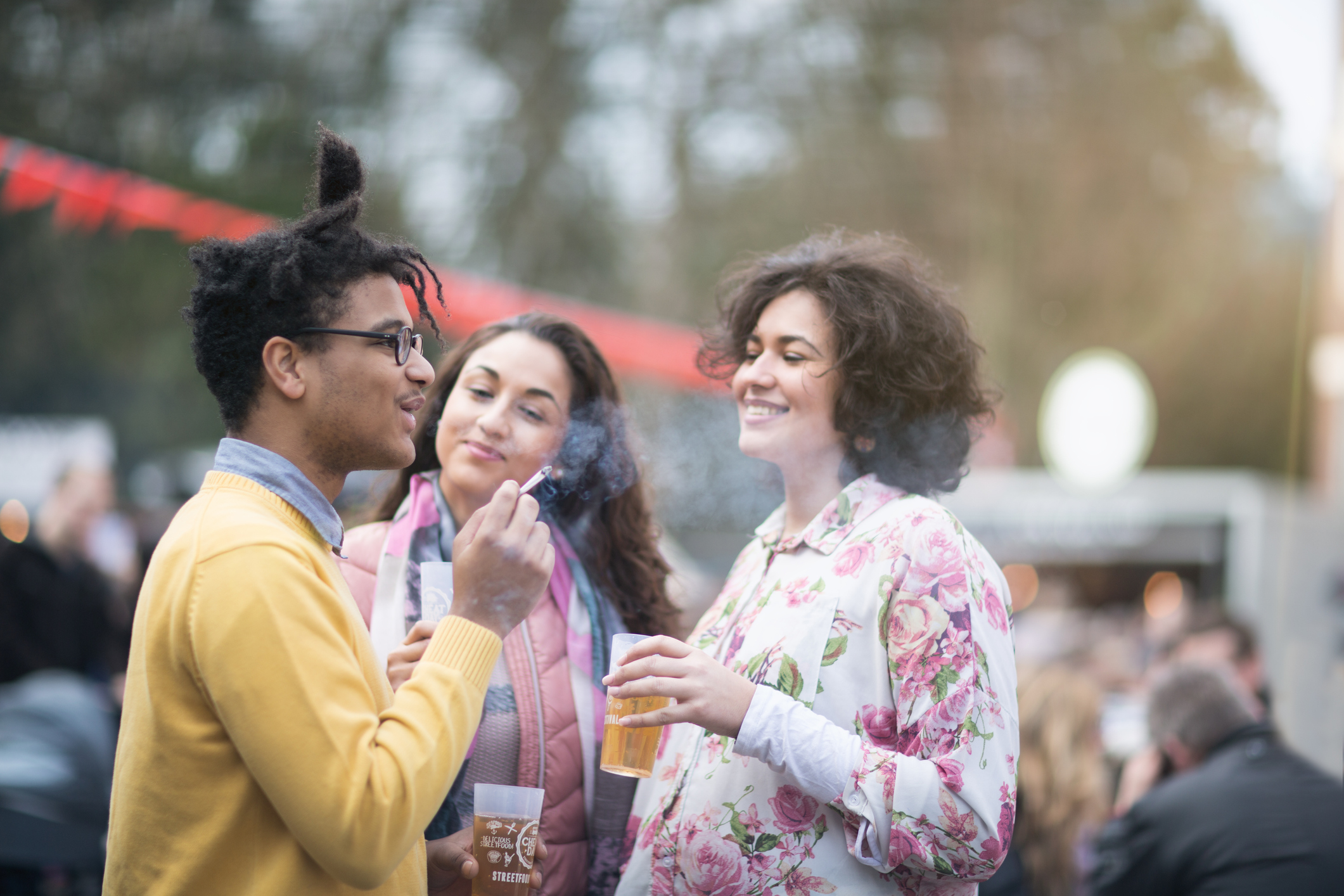 While Stoptober is a big success story, high-profile health campaigns aren’t effective on everybody.

Traditional health messaging can make health inequalities bigger, because not everyone is in a position to take the advice that is given.

Often it works on only the healthiest people; those who prioritise their health, and have the education, finances and social support that allows them to change their behaviour.

However, even those who are not “health-conscious” are influenced by the behaviour of those they regularly interact with and care about.

If we want to improve the health of the whole population, it may be helpful to target “social butterflies”. These influential individuals, who are the lynchpins of their social networks, are more likely to share experiences, interact with lots of people and be admired by others.

Further investigation into how behaviour spreads could help the government and the NHS do more to increase healthy behaviour – reducing future suffering and death from non-infectious disease.

This analysis piece was commissioned by the BBC from an expert working for an outside organisation.

Dr Oyinlola Oyebode is associate professor at the University of Warwick Medical School.

Shutterstock Despite London’s persistent inclement weather, the Duchess of Cambridge dressed for spring at the inaugural Action on Addiction Gala. ……Read On.

Watch A Gig In Someone’s Living Room What would you do if your date took you to an intimate gig ……Read On.

How To Travel Alone – And Love It

Albert Watson In retrospect, the happiest moments of my life have probably been spent at 30,000 feet. Even on a ……Read On.